Luximprint OptoPatterns Version 2 is an interesting sample for those who want to understand or test the complicated surface textures of the Luximprint optical 3D printing process. 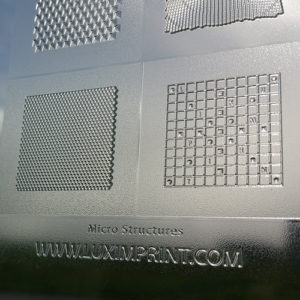