3D printed arrays of lenses are the most frequently prototyped products in the Luximprint project portfolio. Luximprint technology is very suitable for that, thanks to its Droplets on Demand technology. Printed lens arrays contain multiple lenses formed in a one-dimensional or two-dimensional array on a supporting substrate. Most of the time, the individual lenses have circular or hexagonal apertures and are not allowed to overlap. 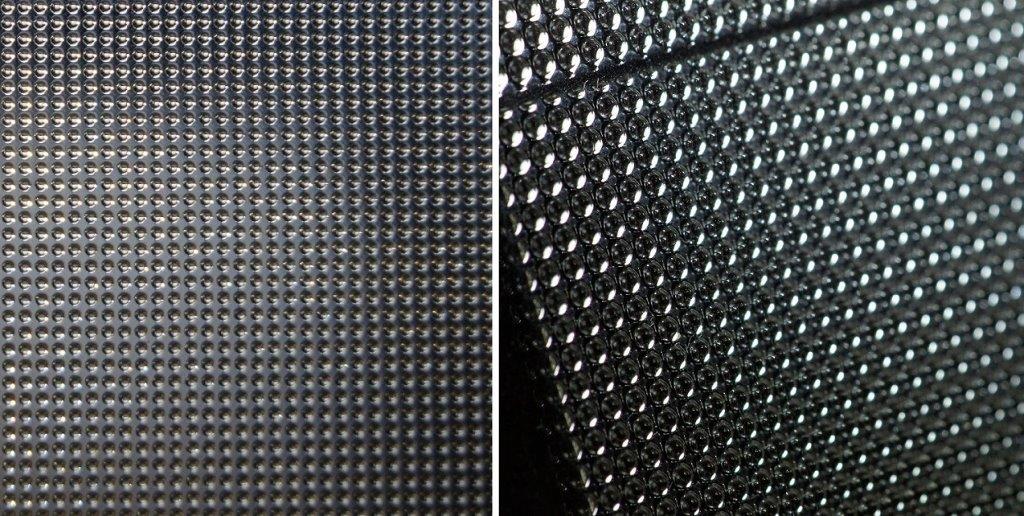 Optics are 3D printed onto a substrate material, in both large and small sheet format.

Advances in additive optics fabrication technology have enabled micro-lenses to be designed and fabricated to close tolerances. In most cases, multiple copies are required and these can be printed directly from the CAD file, on the contrary to conventional optics fabrication processes such as injection moulding or sheet embossing technologies that require a tool (such as a master lens array) to be produced first. 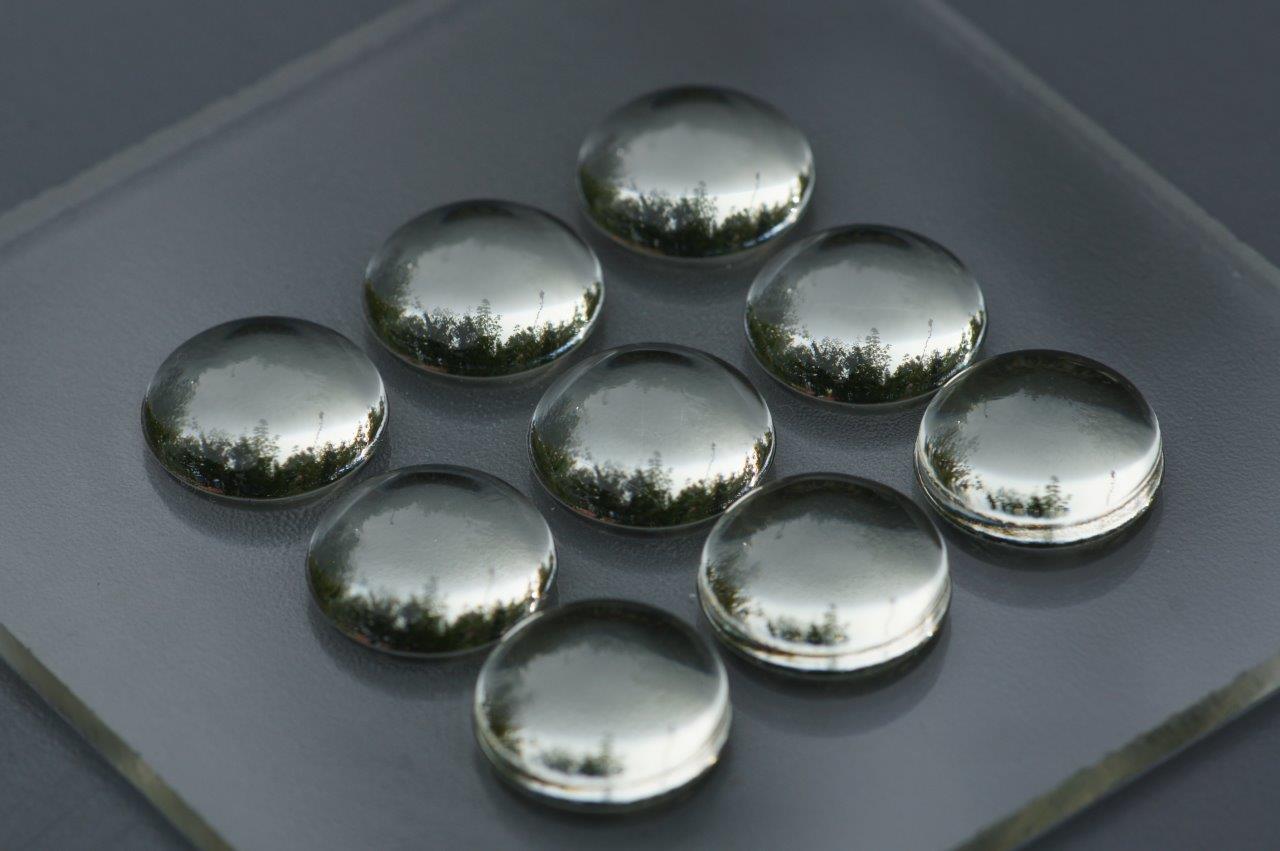 The individual lenses might be placed in a diagonal composition to obtain maximum coverage of the substrate, or in a linear set-up.

Interestingly enough, we see a growing number of multi-factetted prism arrays are produced with our technology, as in the Luximprint additive manufacturing process, complexity at the surface doesn’t impact the fabrication anymore. Here, you can think about segmented fresnel lenses, RGB-W diffusers where any facet redirects a targeted light ray.

Single micro-lenses are often used to couple light to optical fibres while microlens arrays are often used to increase the light collection efficiency of multiple light sources, mostly LED or laser. They collect and focus light that would have otherwise fallen onto the non-active areas. A nice example is the lens array we created for the f-sign ONE LED series, whereby light from multiple light sources is collected and distributed in an effective 30 degrees beam onto the work surface. 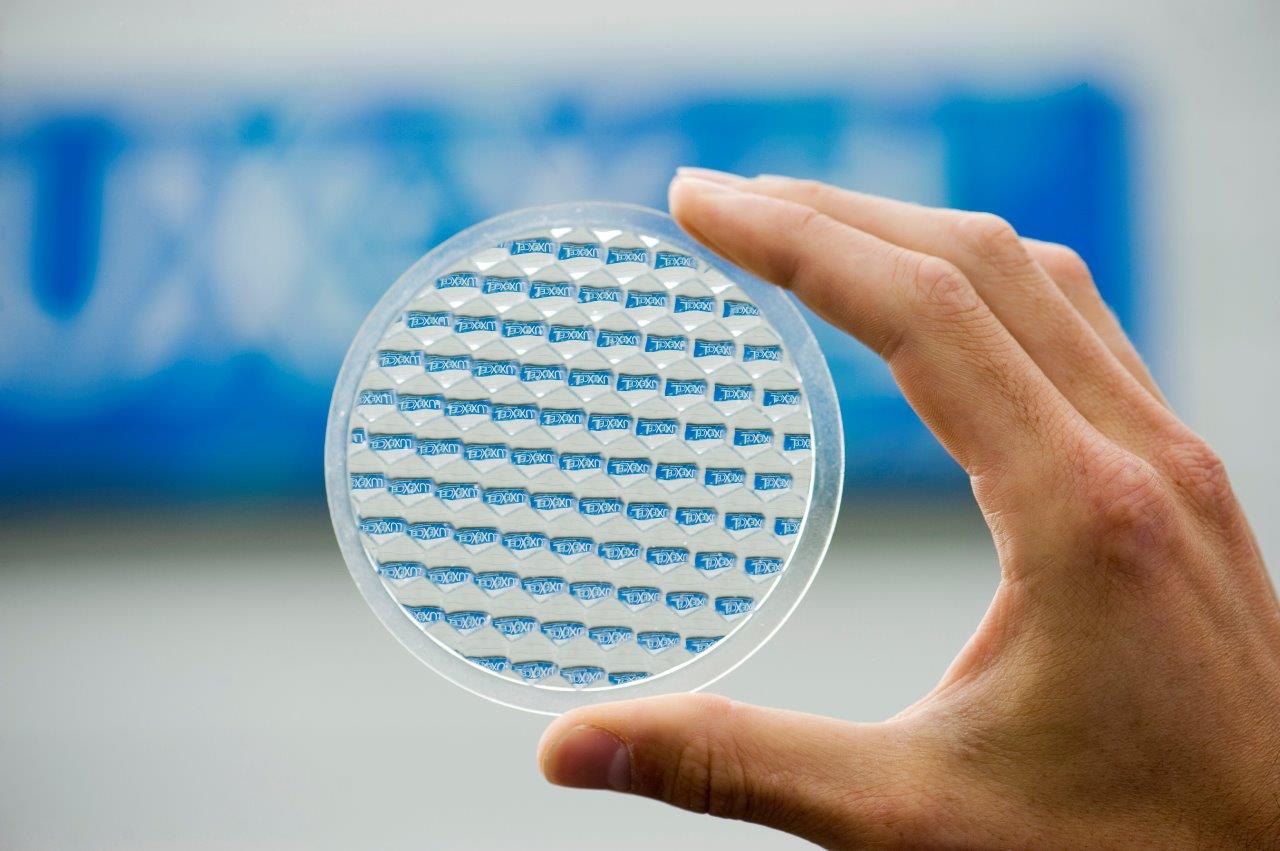 Lens arrays are also used in some digital projectors, to focus light to the active areas used to generate the light image to be projected.

Current research also relies on lens arrays of various types to act as concentrators for high efficiency photovoltaics for electricity production, as for example in the CPV solar project of Penn State University.

Interesting is to see that a lot of ‘blueprints’ for lens arrays are found in nature. They may range from fairly simple structures to gather light for photosynthesis in leaves to compound eyes in insects (flyes eyes).

We strongly believe that with the arrival of our additive optics fabrication technology, methods of designing and fabricating lenses arrays are further developed.