Fresnel lenses include optical components which can be used as a cost-effective, lightweight alternative to conventional continuous surface optics. They consist of a series of concentric grooves etched into (mainly) plastic. The thin, lightweight construction, and the availability in small as well as large formats, and excellent light gathering ability make them useful in a broad variety of applications.

Fresnel Lenses – How it Works

The principle of the lens is very easy and straightforward:

Fresnel lenses replace the curved surface of a conventional optical lens with a series of concentric grooves. These contours act as individual refracting surfaces, bending parallel light rays to a common focal length.

Basically, the refractive lens power is contained at the lens surfaces only. As such, removing as much optical material as possible while still maintaining the surface curvature is a valid way to iterate the lens volume and narrow it down to the absolute minimum of material required. 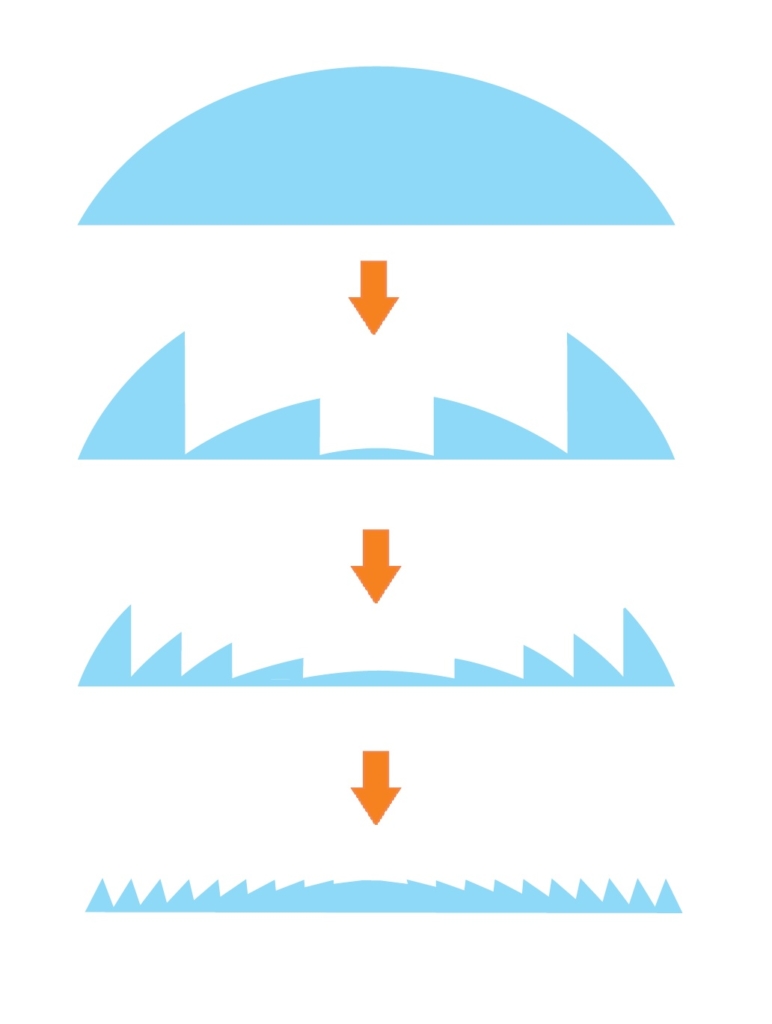 The original creator of the Fresnel lens was French physicist, Augustin-Jean Fresnel, who popularized the lens for use in lighthouses. Since, its use has evolved into applications including light collection, magnification and light collimation.

Fresnel lenses are mostly used in multi-market light gathering applications: Magnifiers or projection lenses in illumination systems, but also solar applications (concentrated photovoltaics) are a common application field, which are considered very nearly parallel. Hence, using a Fresnel lens for light collection is ideal for concentrating light onto a photovoltaic cell or to heat a surface.

Physically narrow in profile, a Fresnel Lens is capable of focusing light similar to a conventional optical lens but has several advantages over its thicker counterpart:

On the contrary to milling or grinding them, Luximprint uses Additive Optics Fabrication technology to 3D print the lenses. Rather than casting away material, droplets of an optical acrylic resin are laid down during successive printhead movements and cured by UV-light.

Printed Optics technology has been proven to be a very easy solution for rapid prototyping of custom optical components by means of 3D printing technology, also referred to as additive manufacturing. 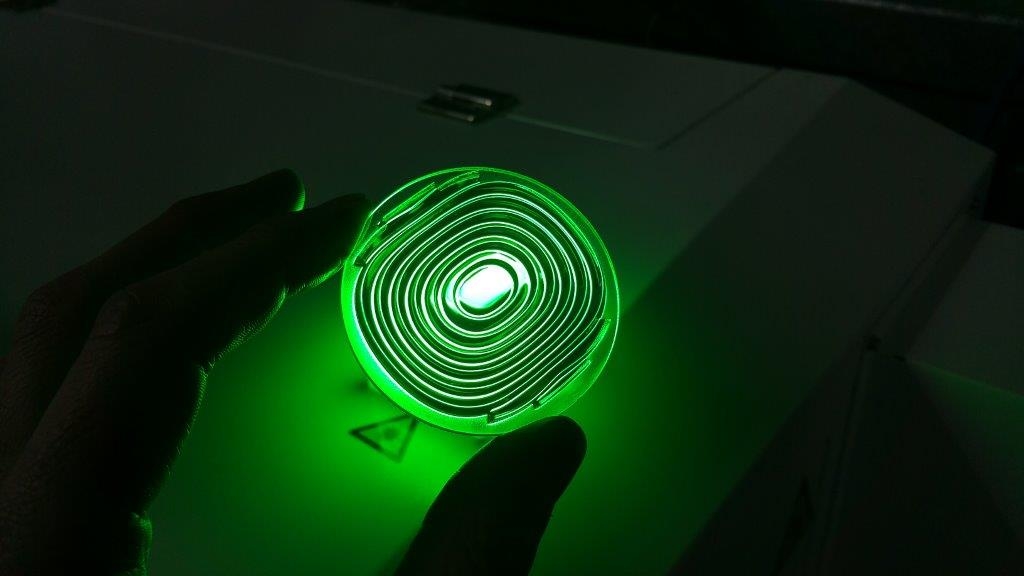 Increased Complexity at no Cost

Also, complexity does not matter. It is as easy to create a Fresnel lens with a rotationally symmetric pattern, as to run one with a fairly complicated non-rotational symmetric pattern (refer to figure above).

Here are some images of various Fresnel lens types as fabricated by optical printing technology: